The Air In There : A Recipe For Corrosion The Air In There : A Recipe For Corrosion

The problems associated with the presence of gases in heating, cooling and condenser water systems are significant, yet often overlooked. And alarmingly, new installations are just as much at risk as older systems.

Oxygen. Hydrogen. Nitrogen. These are just three gases commonly found in the water of heating, cooling and condenser water systems.

And while you might argue that the first two are the vital ingredients of life, each can have a corrosive effect on system components leading to poor performance, higher operating costs and ultimately, the early degradation of expensive, critical plant.

As Henry’s Law describes, the presence and solubility of gas in a liquid depends on two elements – temperature and pressure.

Similarly, where the system pressure is low, degassing is more easily achieved. But as the pressure increases, not only is the presence of gas greater but it also becomes much more difficult for traditional methods of removal – such as air vents – to release it.

“As we bring the pressure up, the air becomes more dissolved into the water such that it becomes invisible to the eye,” says Steve Williams, specification manager for Automatic Heating.

It is when these gases come into contact with the different metals used throughout water systems that a reaction can take place.

And the number of materials is numerous – from stainless steel in heat exchangers and copper pipework to brass valves and aluminium in a range of components. And, of course, there are also plastics.

“And the more reactions taking place between present gases and these metals, the more gases that are formed,” says Williams.

The result is the creation of “dirt” in the water stream that can line the pipework and eventually lead to the inefficient performance of key system components like heat exchangers and pumps, and ultimately, component failure.

“Your pumps don’t work to the performance level they’re supposed to because instead of clean water they’re pumping part water, part air and part dirt. And that’s when the impellors start blocking up and seals become damaged.”

“And if we’re not removing the gases, we can’t stabilize the system.”

Due to the physical nature of water, it is impossible to prevent air from becoming trapped within a system.

In new systems, air is naturally trapped during construction and installation – as is dirt – before some of it is flushed before commissioning. How much more is then removed once operational, depends on the system design.

How many air vents have been fitted? Have dirt and air separators been installed? Is an expansion tank being used? Does the system feature a deaerator?

Most typically, the source of new gases being introduced to a system is via the make up water. Depending on the volume of make up water required, a significant amount of gas could be entering this way.

But systems can also be infiltrated via alterations or maintenance activities, and through open header tanks.

Micro leaks and diffusion through system components like pipework without oxygen barriers is also common.

Once in the system, gas can be observed in three different forms.

“Free” gas or air is both the most common and most easily removed, as it has not yet become soluble in the water. It can be found as air pockets and is typically released via simple air vents strategically placed around the system.

Where gas has entered the liquid at some pressure, microbubbles are often formed. Smaller than one millimeter in diameter but larger than one micrometer, these bubbles of gas are created by turbulence in the water (often where there is a loss of pressure, such as a pumping pillar) and are commonly in hot water systems.

Although visible to the eye, microbubbles cannot be removed by air vents as they are carried with the water stream. Rather, an air separator like Automatic Heating’s Duraflex EcoVent, which is suitable for heating systems up to 300 kpa, should be installed on the flow side of the heat source for effective deaeration.

By slowing the water down as it passes through the mesh in the chamber, the microbubbles are broken up and the gas separates out of the water stream and is vented at the top of the chamber.

But where the pressure is such that the circulating water is dense – as is common in chilled water systems – most gases become totally solubilised in the water.

In much the same way carbon remains invisible in a bottle of lemonade until opened, the solubilised gas can only be removed from the water stream by breaking the pressure.

Used in Europe for over 30 years, but only recently introduced to Australia, vacuum deaeration systems cause a vacuum that breaks the pressure vacuum in the system to release the soluble gas.

Automatic Heating’s Duraflex EcoVac vacuum deaeration system is suitable for large, high pressure heating, cooling and condenser systems of volumes up to one million litres with a maximum pressure of 1600 kpa and temperature of 120C.

Deaeration is achieved by the pressure of the system pushing water into the deaerator’s spray vacuum tube. The volume of water entering the tube is controlled by the unit’s onboard controls (compatible with the building management system).

And as well as removing solubilised gases in the system water, this EcoVac can also control the make up water supply and deaerate it before it enters the system.

“So it’s not just taking the gas out of the system, but it’s also controlling what comes in,” says Williams.

Via the controller, the unit can be set to operate at any interval – though 45 second cycles are typical.

“It can take several weeks to get the air out of a new system as it is full of air pockets that go around and around the system, which eventually solubilise into the water,” says Williams.

“But with a vacuum deaerator, simply install it, turn it on and let it run for a week or so, and you’ve basically fixed your air problems.”

As well as new systems, vacuum deaeration can be a valuable tool in poorly operating, inefficient heating, cooling and condenser water systems such was the case at the Melbourne Airport.

Built in 1970, Australia’s second busiest airport has undergone significant transformation over the decades as new terminals have been added.

During that time, it’s 400,000 litre chilled water system has continued to be modified to accommodate over 30 million passengers annually. But such was its configuration that pumps were noisy and operating inefficiently due to the amount of air present in the system.

“Operating costs were increasing, and seals were needed to be redone every six months,” says Williams.

In early 2014, the airport installed a Duraflex EcoVac vacuum deaerator and within four months significant improvements in air noise and pump performance were realized, resulting in considerable energy savings.

“The key point is that by deaerating their system, they are now protecting their investment.” 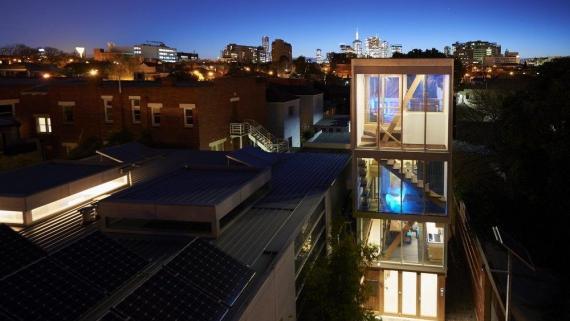 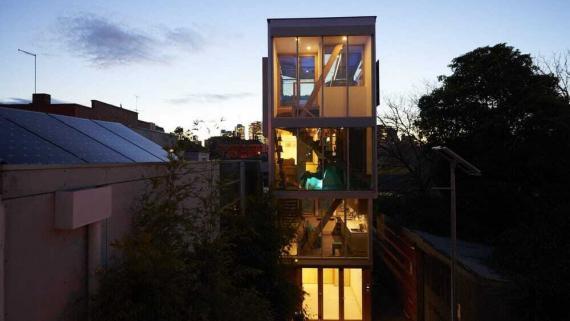 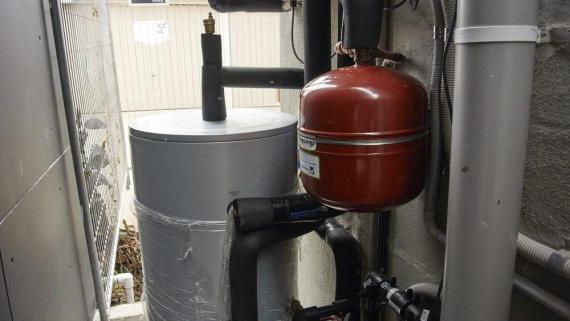 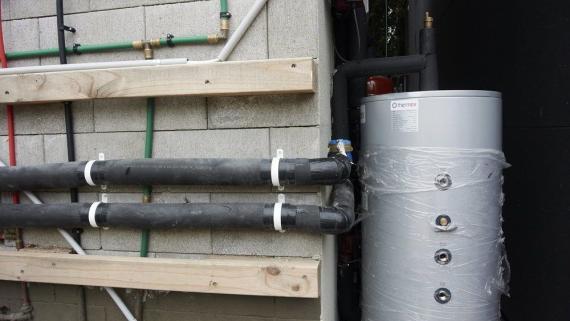 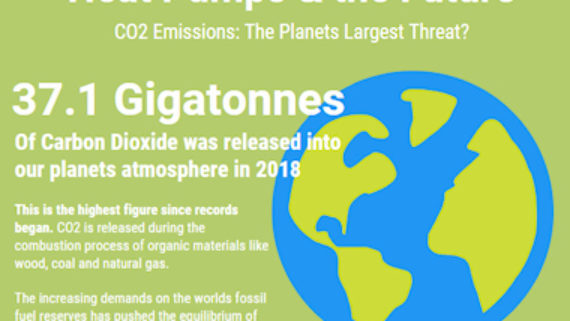 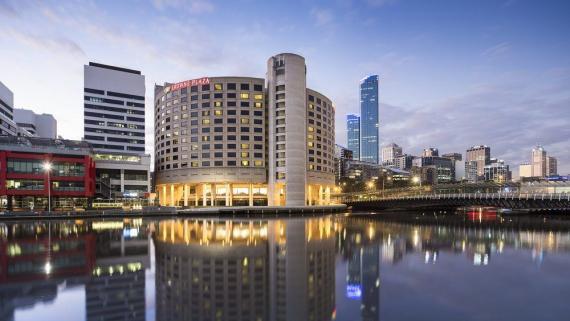 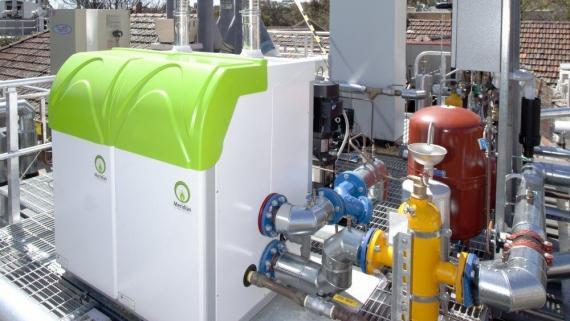 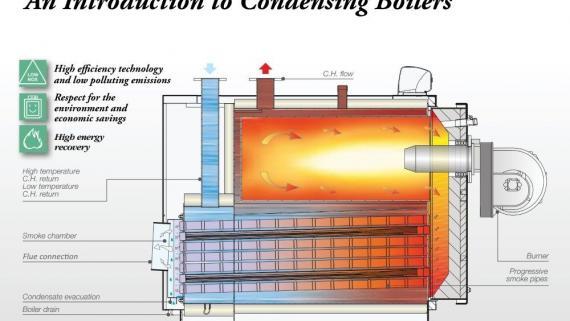 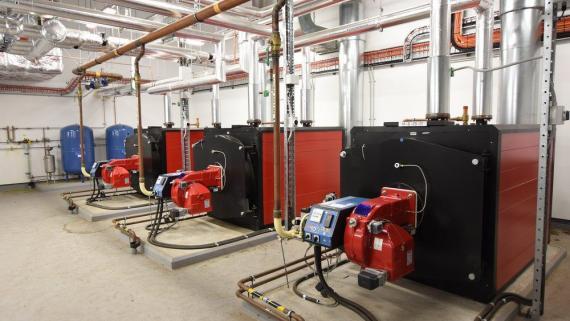 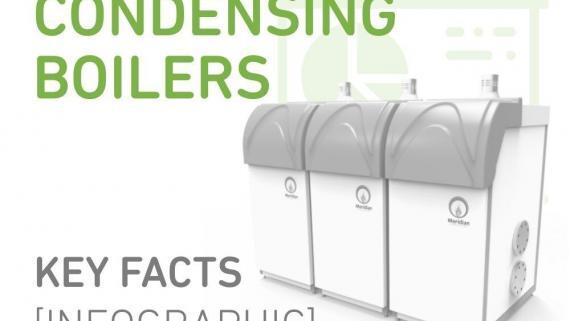